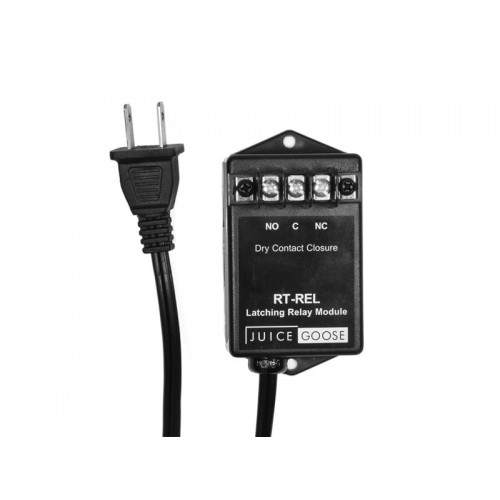 Plug the power cord of the RT-REL into a switched AC outlet.

In its unpowered state, there is an internal contact between the C (common) and NC (normally closed) terminals on the unit. When 120VAC power is applied to the power cord, connection is opened between C and NC and closed between C and NO (normally open).

A common application for the RT-REL is to extend the use of a switched electrical outlet on a rack mounted power strip or sequencer or on some other device such as an audio receiver or amplifier. When plugged into the switched outlet the RT-REL can close and open a dry contact on the three position terminal strip.